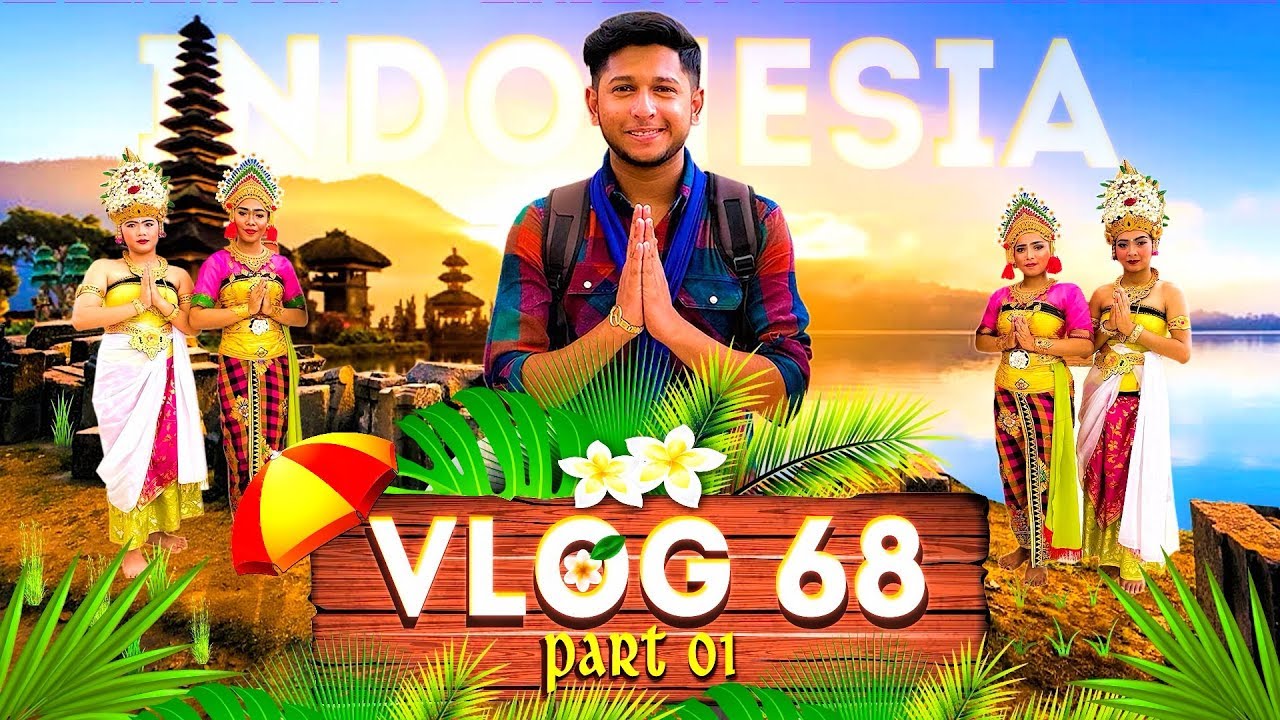 I recently had the chance to explore Indonesia and in this vlog I tried my best to cover the places I visited in this trip. These are the top places to see in Indonesia. Indonesia is a must visit destination if you are traveling around Southeast Asia and Bali has a lot to offer from beautiful beaches, waterfalls, affordable villas, exciting nightlife and so much more. I explore some of Indonesia’s best known attraction like Komodo Island, Labuan Bajo, Ayana Komodo Resort & more. Episode 2 of this vlog is coming on December.

INDONESIA :-
Indonesia, officially the Republic of Indonesia, is a country in Southeast Asia, between the Indian and Pacific oceans. It is the world’s largest island country, with more than seventeen thousand islands, and at 1,904,569 square kilometres, the 14th largest by land area and 7th in the combined sea and land area

BALI :-
Bali is an Indonesian island known for its forested volcanic mountains, iconic rice paddies, beaches and coral reefs. The island is home to religious sites such as cliffside Uluwatu Temple. To the south, the beachside city of Kuta has lively bars, while Seminyak, Sanur and Nusa Dua are popular resort towns. The island is also known for its yoga and meditation retreats.

KOMODO ISLAND :-
Komodo island, part of the Lesser Sunda chain of Indonesian islands, is the rugged habitat of the 3m-long Komodo dragon monitor lizard. Komodo National Park covers the entire region and is home to more than 4,000 dragons, and is made up of rusty-red volcanic hills, savannah and forests. Its surrounding waters of seagrass beds, mangrove shrublands and coral reefs are famous for diving.

LABUAN BAJO :-
Labuan Bajo is a fishing town located at the western end of the large island of Flores in the Nusa Tenggara region of east Indonesia. It is the capital of the West Manggarai Regency, one of the eight regencies which are the major administrative divisions of Flores.

CACI DANCE :-
Caci dance is not just a dance but a ritual whip fight that originated as a sport of Manggarai people. The pageantry is filled with energy and colour. People from all over the village come over to watch the show. Traditionally, the sport is played
between people of neighbouring villages.