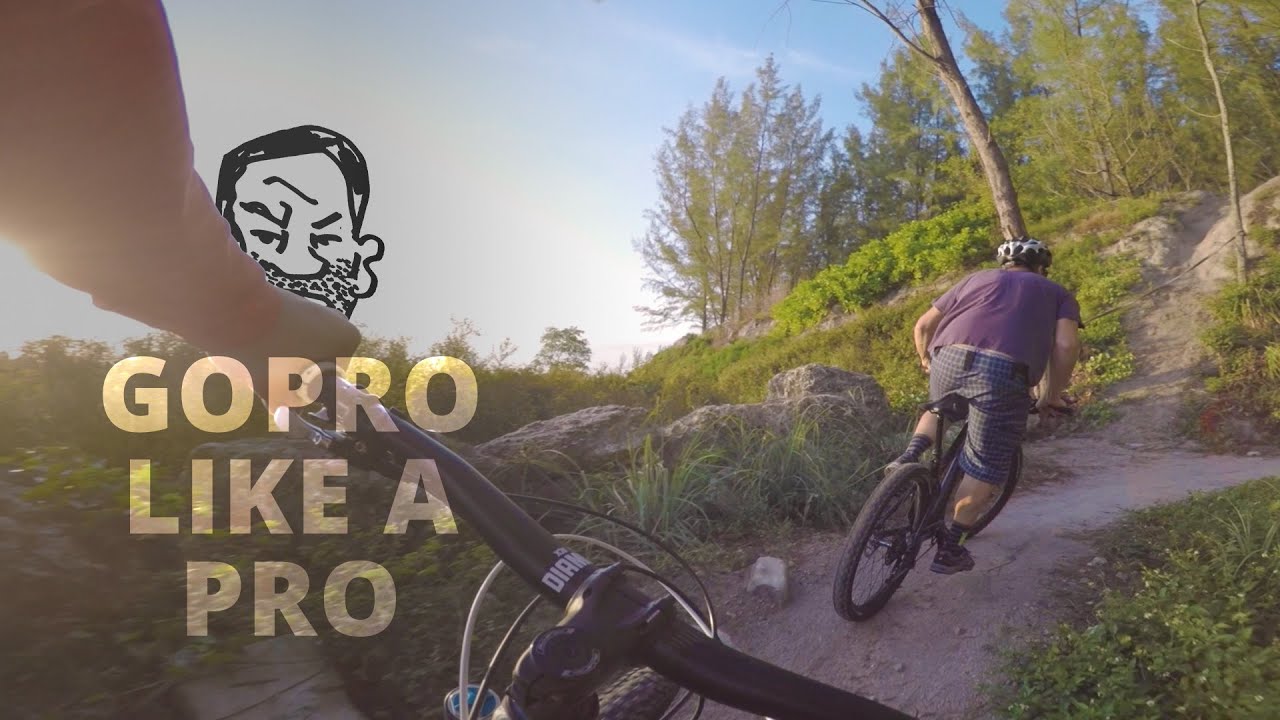 
Links to everything in the Video and more http://www.sethsbikehacks.com/camera-gear/

I would estimate that more than half of all mountain bikers own some sort of action camera, with which they hope to share their experiences with. These cameras can be used not only for first person footage, but also for filming others. Since action cameras are small, durable, and have wide angle lenses, they’re ideal for capturing anything in your immediate vicinity.

It’s widely known that mounting an action camera on your helmet will give you the most stable footage. Your head acts as a stabilizer and makes the footage more watchable. With the right angle, you can get part of your front wheel and handlebars in the picture as a frame of reference. Action cameras like GoPro can feel super heavy on your head though, so I recommend using one of these frames paired with a lens protector.

While the helmet is probably the easiest and most stable mounting spot, the chest is the most immersive. By putting the viewer behind the handlebars, the video becomes a little more captivating. The problem with chest mounts though is that they’re ridiculously uncomfortable and make you sweat profusely. Mess up the angle, and you’ll get a nice shot of your top tube for the duration of your ride. So a chest mount is something I would only use temporarily, but not all day long.

Mounting an action camera to your bike is the most comfortable option, and works great as a secondary angle. Although mounting a forward facing camera to your handlebars looks terrible, I find that it actually works great facing backwards. I wouldn’t want to watch a whole video like this, but it’s an interesting angle for short clips.

Get one of these seat rail adapters, and you can get a rear view or capture your friends. The video is surprisingly stable and watchable, especially on a full suspension bike, so lately I’ve been getting a second angle this way with my Hero 3 Silver.

These are angles that you can get with any action camera, but if you want to take things a step further you can add a stabilizer. These will usually be referred to as wearable gimbals. Typically wearable gimbals come in single, double, and triple axis variations, with each axis improving the video and increasing the cost. Here’s my Feiyu WG-Lite, which is a single axis gimbal that costs well below $100. It’s very well built, and actually has an awesome carrying case which I use for all my other stuff. The problem is that a single axis gimbal doesn’t make that big of a difference when worn on the rider. On the helmet it provides a slight improvement, but on the chest I don’t think it improves anything at all. On the seat rails, the results are noticeably better, so I’ll be using this method in future videos.

If you’re okay with dropping about $300, you can get a triple axis wearable gimbal. You’ll need to be okay with also putting this investment at risk out on the trails. I can tell you from experience though that this is a risk with fruitful rewards. Just look at how the footage looks mounted to your helmet. Of course, it’s insanely uncomfortable to ride like this for long periods of time. Mounting the gimbal on your chest is a little more tolerable, and gives an awesome point of view.

I think one of the greatest benefits of a triple axis gimbal is the footage you can get of other riders. Following someone with helmet-mounted gimbal can make your footage look like it was shot with a drone. You can also just hold it and use it like a normal camera. My Z1 Rider-M comes with a really useful handle that I use for almost every video. With a little practice you can get epic shots, even on foot. Combined with a high end GoPro, you’ll be spending around $700, but the results speak for themselves.

I also want to show you one other option, just because it’s so cool. Domingo has a handheld gimbal camera made by DJI called the OSMO. It uses a built in 4K camera, and a really solid smartphone mount. Here’s Domingo running behind me with his. At a hair over $500, this is a great option for a compact camera to film action sports with. The only downsides are poor battery life and terrible sound quality. Here’s what it sounds like with the built in mic. Of course, you can get extra batteries, and connect an external mic to solve these issues, and even after buying those extras you just can’t get footage like this for any cheaper.