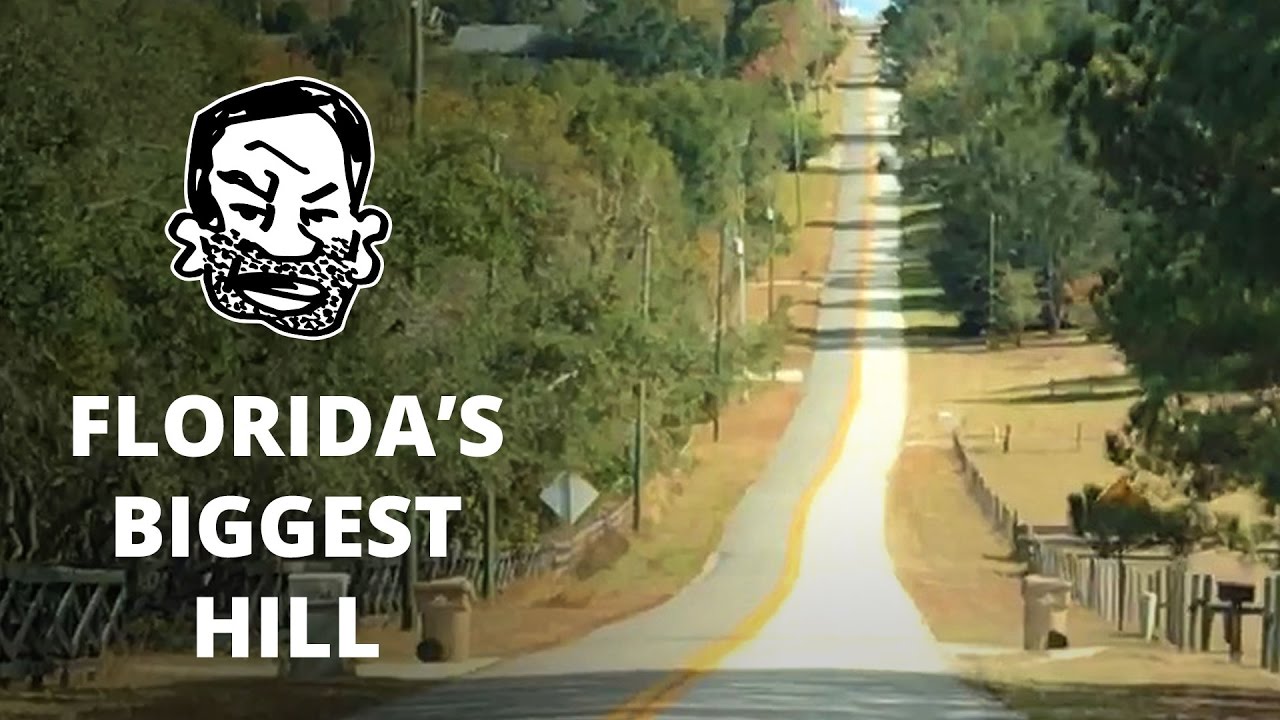 
Alex and I decided to drive out to Clermont to climb Florida’s biggest hill, known as Sugarloaf mountain. This would be a pretty average hill anywhere else, but we couldn’t resist the novelty. Surprisingly it’s almost a 15% grade in some places, and goes on for about a half mile. If you’ve been to Florida you’ll find this pretty amusing.

Transcript:
If you spend enough time on Wikipedia, it’s easy to get sucked into the wormhole. Recently I came across a list of the biggest hills—in Florida. This is only interesting because Florida is known for being flat everywhere.

Alex and I set out to climb the biggest of these hills on our bikes, and naturally treated the whole endeavor like one big joke. The hill in this picture doesn’t look bad at all, but then again, nothing does on the screen of your iPhone.

Sugarloaf mountain is the most prominent point in Florida, at 245 feet above the surrounding land. The elevation at the summit is 312—hardly a snow capped peak, but still pretty unusual for the sunshine state. In fact, it bests the biggest hills in both Louisiana and Delaware.

I’ve shown videos riding the North Shore of Long Island New York, which is known for being hilly. Clermont is hillier than that in most places.

For some reason we decided to tackle Sugarloaf mountain in the wrong order, descending it first before climbing back up. Alex was wearing flip flops and had his arm in a sling, and I was on a 36 pound fat tire BMX.

That was a hill.

The climb took about five minutes, and it wasn’t that bad, but we were still amazed. Imagine seeing a palm tree in Denver, or a snowflake in Miami. Imagine seeing a rabbi at a Nascar race. I guess what I’m trying to say is that some things are interesting because they’re unexpected. Sugarloaf mountain definitely falls under this category, and so does this whole area North of Orlando.

Naturally, you’d wonder if there are any bike trails around these parts, and there are. Mount Dora has trails, and so does Ocala, with over 85 miles of singletrack and a huge freeride section built in an old quarry. As for Clermont, many road cyclists frequent the area for year round riding and a little taste of elevation.

If you’re from Florida and you ride bikes, Sugarloaf mountain should be on your bucket list, just to say you did. As for Alex and I, it was worth the drive just for the laughs. We were definitely not expecting to see a legitimate hill in Florida. Thanks for riding with me today and I’ll see you next time.